This suggested itinerary is a self-guided holiday for two people staying eight nights and it can be lengthened, shortened or varied as required. The indicative cost including accommodation, car and taxes is £1,250 per person.

There is plenty to interest everyone in Edinburgh - history, architecture, ghosts, galleries, old pubs and nice restaurants. Of course it also has links with the Bruce. You will be in a good B&B close to the centre. 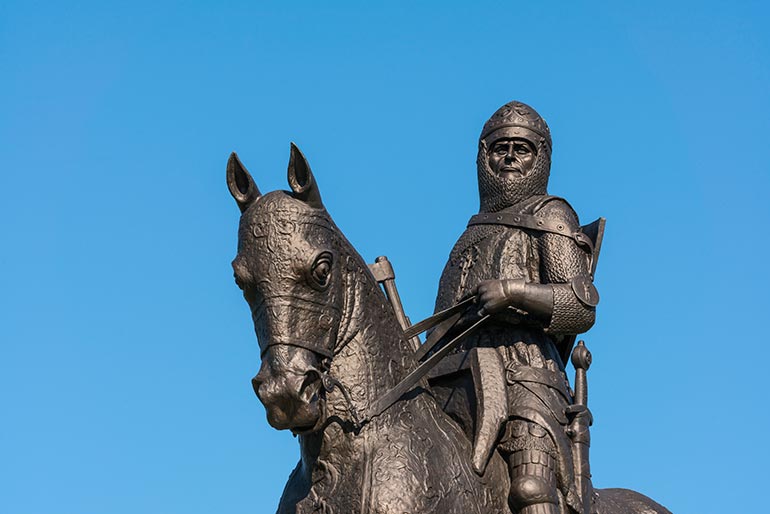 At the head of the Royal Mile is Edinburgh Castle which was famously re-captured from the invading English by Bruce’s paladin and general, Sir James Douglas. The Castle houses the mythical Stone of Scone which was taken from Scotland by Bruce’s great enemy Edward I of England (though rumours hold that Bruce hid the original …).

The Famous Declaration of Arbroath – issued by Bruce’s allies to the Pope and regarded by many as Scotland’s founding constitutional document – is kept at the National Records Office on Princes Street.

After two nights in Edinburgh you pick up a rental car and head over the Forth Road Bridge to Fife and historic Dunfermline, home of the magnificent Abbey and burial place of Bruce and the medieval Scottish Kings.

At this stage we would arrange a meeting with someone with close connection to the Bruce story and expert knowledge of the history or the time. 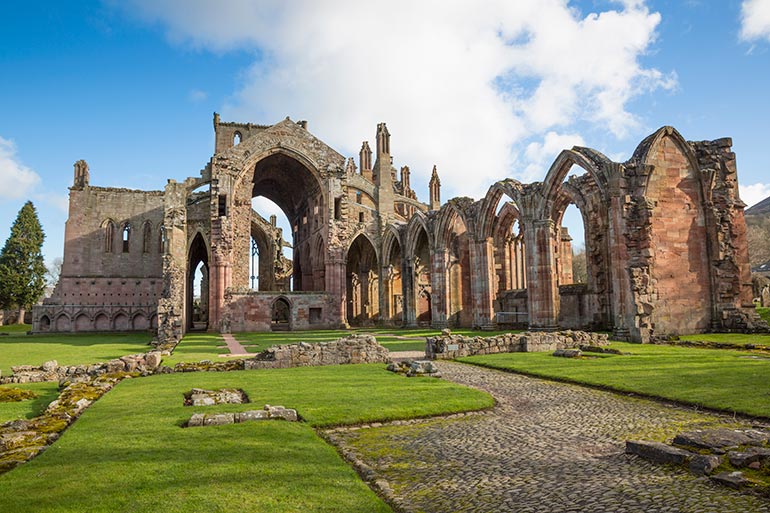 Melrose Abbey where Robert the Bruce's heart is buried

Driving past Broomhall, home of the Earl of Elgin, descendant of the Bruce. Lunch in medieval seaside village of Culross (built by Sir George Bruce but probably no relative!), then on to Bannockburn and a tour of the battlefield, scene of Bruce's great victory over the English.

Stay on the third and fourth nights near Stirling, crowned by Scotland’s most strategic castle. Its attempted relief by Edward II was the trigger for Bannockburn. Day Four gives you ample time to explore Stirling and visit Scone Palace, ancient capital of Scotland and crowning place of the kings of Scotland, including the Bruce - before he was defeated at nearby Methven and had to flee for his life northwest into the remote Highlands.

On Day five you follow the Bruce on his route through the mountains towards Argyll, stopping at the Bruce Stone to see the site of his disastrous ambush by the Comyns at Dalrigh, and then his later triumph over the MacDougalls of Lorne at the dramatic Pass of Brander.

Rest at the end of a busy day at a lovely country house hotel near the fishing port of Oban.

On day six you head south through Argyll towards the Mull of Kintyre. Here Bruce gained shelter and powerful allies among the Macdonalds of the Isles. See the site of Tarbert Castle which he built to control the area, as well as Dunadd, ancient site of Bruce’s ancestors, the early Scottish kings of Dalriada.

Here we take ship, as Bruce did, towards the isle of Arran and eventually his home country of Carrick and Annandale. Bruce himself launched his return from exile by following the same route – from his hiding place in the isles to raise his countrymen against the English. 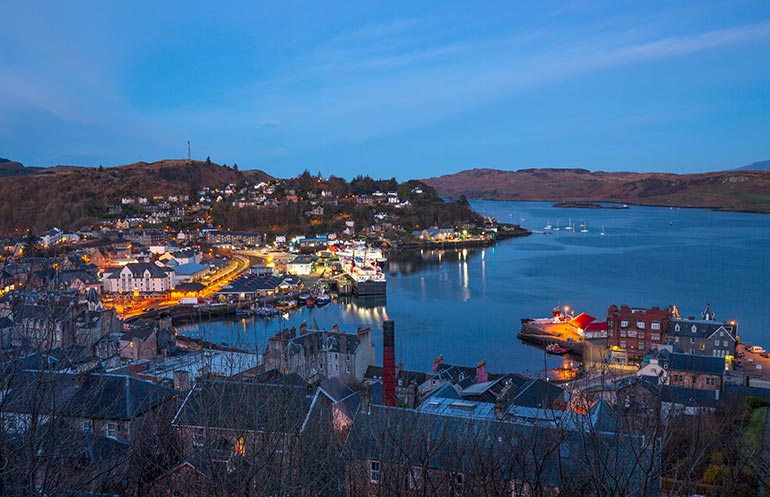 After crossing Arran, take the ferry to Ardrossan, completing a classic day trip over land and sea and from Highlands to Lowlands, before staying at stunning Culzean Castle, near Bruce’s birthplace at Turnberry.

On day seven travel through the hilly fastness of Galloway past Glentrool and Loudon Hill, sites of two of Bruce’s early victories against the English. Stay the night near historic Dumfries, site of Bruce’s coup – when he murdered his rival John Comyn and launched his bid for the throne. Nearby is the scenic village Lochmaben, site of his ancestral castle.

Your final day takes you through the stunning Border country, including the celebrated Ettrick’ Forest’, traditional hiding place for the Scots guerrilla forces in the wars of independence.

Your last night is spent in lovely Melrose, in whose Abbey was found buried Robert the Bruce’s heart, taken on a separate adventure by the Good Sir James on crusade, fulfilling Bruce’s last vow.

We strongly recommend that you take out trip insurance in case of unforeseen circumstances. Special arrangements for Covid related cancellations on request. Clans and Castles is registered under the official 'Good to Go' scheme. For more details on our terms and conditions please click here.

Price varies according to dates of travel.  If you would like to know, more about the trip then send an email to me, Diana Gray

Thanks for the great tour. The Highlands are beautiful and was very fun to have someone knowing the history and showing us around finding some of the hidden gems and telling about the different areas, families and clans. Next time we are back we want to go out to one of the islands and for sure spend more time.

We had an absolutely wonderful day with you. Thank you so much for customizing the day for us, for all your extra efforts to show us Lord Lovat's tomb, etc. and for your enthusiasm and patience with all my many questions I learned a great deal. I wish we could have you along with us every day, however have studied the map and will attempt our drive up along the Loch Tay today and head for Braemar tomorrow per your advice. I will be following your blog in the future and really look forward to another trip to Scotland and opportunity to travel further with you one of these days.